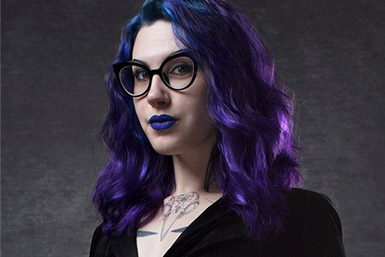 In this episode we talk to Mallory O’Meara – horror screenwriter, producer and the author of The Lady from the Black Lagoon. Join us as we discuss the book which features the story of Milicent Patrick, the creator of Gill-man from the film Creature from the Black Lagoon. He was, and still is, one of the most recognizable monsters in cinema history alongside Dracula, Frankenstein and the Wolfman. For decades the credit for the creation of the creature was given to Bud Westmore, the head of the Universal makeup department, who fired Patrick rather than have her role in the creature’s success become known. This book sets out to right this wrong.

O’Meara discusses her obsession with bringing Patrick’s story out of the murky swamp and into the light, the almost impossible journey it took to uncover the truth, dealing with the haters in horror after she did. She talks openly about what it is like to be a woman in the horror industry today — and how very little has changed, and what it was like growing up as a girl who loved monsters. 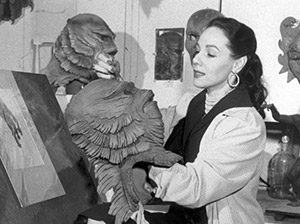 Patrick was an actress, makeup artist, special effects designer and animator. She was the first female animator at Walt Disney Studios and creator of the head costume for the iconic Gill-man from the movie Creature from the Black Lagoon.

She headlined a tour in promotion of the Creature from the Black Lagoon, titled ‘The Beauty who Created the Beast’, but on her return she was fired by Bud Westmore, who is noted as objecting to a woman’s being credited with the work on the costume.

Patrick began an affair with fellow animator Paul Fitzpatrick. Upon the death of Fitzpatrick’s wife from suicide, the couple married in 1945. Their relationship was the source of estrangement from Patrick’s own family. The marriage lasted only a few years. Patrick then had a relationship with voice actor Frank L. Graham in 1950. Several weeks after she ended their relationship, Graham died from suicide at his home. After a tumultuous relationship marked by cancelled engagements, Patrick married Lee Trent in a Las Vegas chapel wedding in December of 1963. They filed for divorce in January 1969, but continued to have an on-off relationship for years. She died from breast cancer in 1998.

Recently, the Academy has been holding screenings and lectures with Mallory O’Meara, discussing Patrick’s important contribution to cinema.