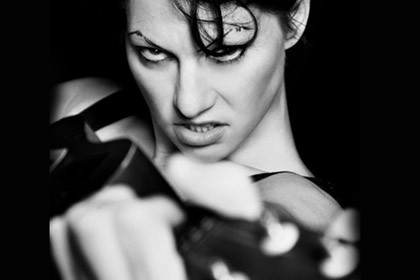 Palmer is a singer, songwriter, musician, author and performance artist with an experimental bent. Beginning her career as one half of the beloved “Brechtian punk cabaret” duo Dresden Dolls, she embarked on a solo career in 2007 releasing acclaimed solo albums and collaborations with Ben Folds, Jherek Bischoff, Brendan Maclean, her father, Jack Palmer, and her husband, writer Neil Gaiman. November 2014 saw the release of Palmer’s part memoir/part self-help book, The Art of Asking: How I Learned to Stop Worrying and Let People Help by Grand Central Publishing. It became a New York Times bestseller, and is considered one of the definitive works about crowd-funding and getting things done outside the system. Join us as she opens up about her personal life – her marriage to Neil Gaiman, giving birth to her son Ash – her latest projects and striking the balance between protecting her family’s privacy and her artistic ambition to live her life as an open book. 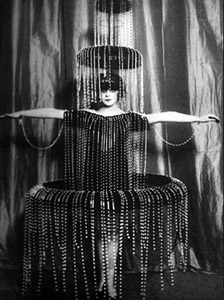 Decadently eccentric and fashionably forward-thinking Italian heiress Marchesa Luisa Casati was a muse for the Futurists and Symbolists, Fauves, Futurists and Surrealists. She was an amazingly charismatic woman and patron of the arts, whose parties and appearances at others became legendary. With flaming red hair, black-rimmed green eyes, tall, thin and androgynous silhouette, she has long been considered the first ‘dandy’ of the early 20th Century. She was famous for wearing live snakes as jewelry, for her diamond leashed cheetahs and for her life of scandalous excess. Dressing up was the chief embodiment of her creative vision, a type of living theatre, where there was no discernible difference between costumes and clothes – a most modern, Warholian sensibility which led her to once declare, “I want to be a living work of art.” She died penniless and was buried alongside her taxidermied Pekingese, only adding to her inimitable legend.