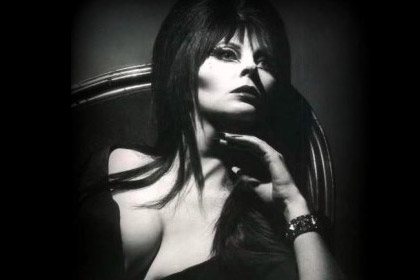 Cassandra Peterson is an actress, comedian and entrepreneur born in Manhattan Kansas in 1951. She is best known for her longtime portrayal of the legendary horror hostess character Elvira, Mistress Of The Dark, which she created for local Los Angeles television station KHJ-TV in the early 1980s. Her sexy gothic look, dark humor and Valley Girl speak were an instant hit, attracting a national audience for Elvira’s Movie Macabre, her weekly horror movie show, and making Peterson the only nationally syndicated horror host in history.

Join us for a tell-all interview with the Queen of Halloween as she discusses the ups and downs of her fascinating life and career — from go-go dancer at the age 14 to Vegas showgirl at 17, hanging out with Jimi Hendrix, dating Elvis and losing her virginity to Tom Jones, joining the Groundlings with her friend Paul Reubens, balancing being a brand and a personal life, as well as some horrific casting couch experiences, #MeToo moments, divorce and and how she overcame it all to ultimately become an icon. 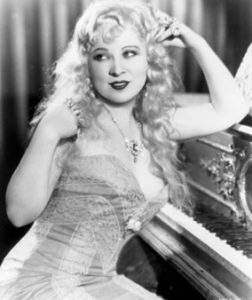 Actress, singer, comedian, playwright, screenwriter and sex symbol Mae West did it all and did it first, inspiring and entertaining generations throughout her seven decades long career. Known for her lighthearted bawdy double entendres, and breezy sexual independence, West made a name for herself in vaudeville and on the stage in New York City before moving to Hollywood to become a comedian, actress, and writer in the motion picture industry, where she became one of the first truly modern women on screen and off.

Mae wrote 9 of 13 films she starred in and her quotes are still used by women of all ages today. Her outspokenness made her one of the more controversial movie stars of her day. She encountered many problems, especially censorship. She bucked the system, making comedy out of prudish conventional mores, and the Depression-era audience admired her for it. In short, Mae found a way. Asked about the various efforts to impede her career, West replied: “I believe in censorship. I made a fortune out of it.”