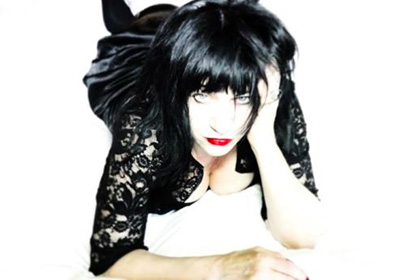 This week’s guest, Lydia Lunch, is passionate, confrontational and bold. Whether attacking the patriarchy and their pornographic war mongering, turning the sexual into the political or whispering a love song to the broken hearted, her fierce energy and rapid fire delivery lend testament to her warrior nature.

Queen of No Wave, muse of The Cinema of Transgression, writer, musician, poet, spoken word artist and photographer, she has released too many musical projects to tally, has been on tour for four decades, has published dozens of articles, half a dozen books, appeared in numerous documentaries, conducted workshops and taught at Universities and simply refuses to shut up.  Lucky for us!  Listen to Lunch talk about everything from Louis C.K., the #MeToo movement and the Golden Globes to growing up abused and hustling her way to survival on the streets of New York City in this essential episode of in-your-face timely truths. 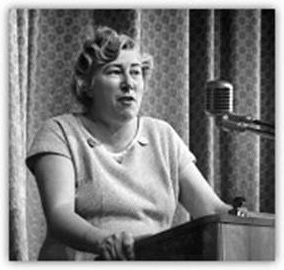 Madalyn Murray O’Hair was an activist, founder of American Atheists, and the organization’s president from 1963 to 1986. She created the first issues of American Atheist Magazine. O’Hair is best known for the Murray v. Curlett lawsuit, which led to a landmark Supreme Court ruling ending official Bible-reading in American public schools in 1963. That case came just one year after the Supreme Court prohibited officially sponsored prayer in schools in Engel v. Vitale.

In 1995, O’Hair, her son Jon, and her granddaughter Robin disappeared from Austin, Texas. They were later found to have been kidnapped, murdered and mutilated by three men – including a convicted felon on parole and a fellow career criminal.