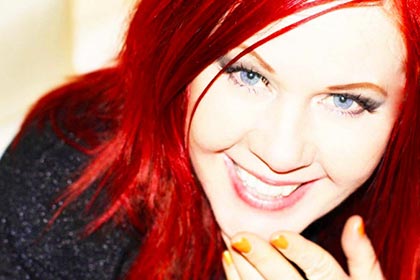 This episode we dive deep into the beehive for a wide ranging discussion with legendary B-52s singer, songwriter, multi instrumentalist and small business owner Kate Pierson! The post punk pioneer and kitsch culture icon talks growing up in NJ, the band’s punk and New Wave beginnings in Athens, GA, their rise in the gritty New York City music scene in the 1970s – the first band to play the infamous Mudd Club, the band’s thrift store chic fashion, the decision to carry on after the AIDS related death of bandmate Ricky Wilson and their worldwide success in the late 80s and 90s, her unforgettable collaborations with REM, Iggy Pop, The Ramones and Sia and her more recent adventures as a motel keeper in Woodstock. Tune in to find out what it was like then and what it’s like now to be an artist, to be an entrepreneur, to be a woman in music, to be Kate Pierson.

At the age of nine Mitchell, the Canadian born singer/songwriter, contracted polio and turned her attention away from athletics and focused more on creative talent, eventually becoming one of the most important singer-songwriters of her generation. Rolling Stone called her “one of the greatest songwriters ever” and AllMusic has stated, “When the dust settles, Joni Mitchell may stand as the most important and influential female recording artist of the late 20th century.” Drawing from folk, pop, rock, and jazz, Mitchell’s songs often reflect social and environmental ideals as well as her feelings about romance, confusion, disillusionment, and joy. Throughout her career, she has won various accolades, including 9 Grammy Awards.