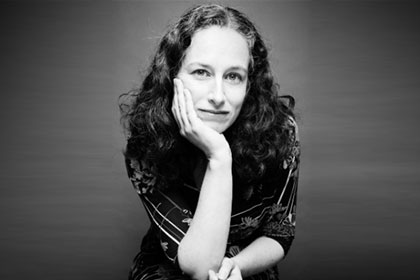 Join us for a special Halloween edition of Stories of Strange Women podcast as we welcome book critic and award-winning Shirley Jackson biographer Ruth Franklin! In this episode we explore Franklin’s epic biography Shirley Jackson: A Rather Haunted Life — discussing Jackson taking her crown as the queen of horror, being a female writer in the 40s and 50s, managing a demanding husband, four children and work, growing up as an outsider with a verbally abusive mother, her struggle with mental illness, Jackson as a feminist and her reputation as a witch.

Franklin is a former editor of The New Republic. Her biography, Shirley Jackson: A Rather Haunted Life won the National Book Critics Circle Award for Biography and was named a New York Times Notable Book of 2016, a Time magazine top nonfiction book of 2016, and a “best book of 2016” by The Boston Globe, the San Francisco Chronicle, NPR, and others. In The Washington Post, Elaine Showalter called it “a sympathetic and masterful biography that both uncovers Jackson’s secret and haunting life and repositions her as a major artist.”

Franklin’s work appears in many publications, including The New Yorker, The New York Times Book Review, The New York Review of Books, and Harper’s. She is the recipient of a Guggenheim Fellowship in biography and a Cullman Fellowship at the New York Public Library. 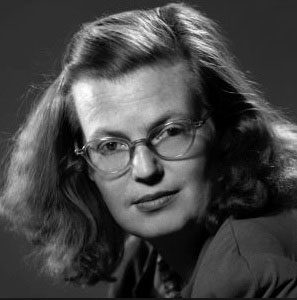 Shirley Jackson is one of the most brilliant and influential authors of the twentieth century. She was popular during her life and her work has received increased attention from literary critics in recent years. She has been cited as an influence on a diverse set of authors, including Neil Gaiman, Stephen King, Sarah Waters, Nigel Kneale, Joanne Harris and Richard Matheson. She is best known for the short story “The Lottery” (1948), which reveals a secret, sinister underside to a bucolic American village, and for The Haunting of Hill House (1959), which is widely considered to be one of the best ghost stories ever written.[3] In her critical biography of Jackson, Lenemaja Friedman notes that when “The Lottery” was published in the June 26, 1948, issue of The New Yorker, it received a response that “no New Yorker story had ever received.” Hundreds of letters poured in that were characterized by, as Jackson put it, “bewilderment, speculation, and old-fashioned abuse.”