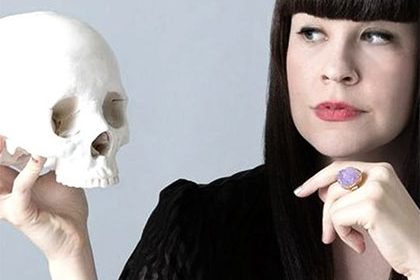 This week we welcome Caitlin Doughty — mortician, funeral home owner, the creator of the web series “Ask a Mortician”, founder of The Order of the Good Death, and author of the bestselling books Smoke Gets in Your Eyes & Other Lessons from the Crematory and From Here to Eternity.  Doughty talks about growing up Goth in Hawaii, her road to getting published, owning a funeral home, and spearheading the death positive movement. 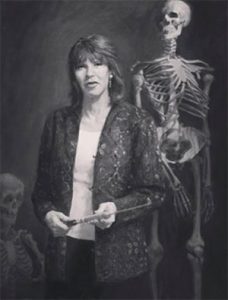 Worden was the director of the Mutter Museum in Philadelphia. She turned the little-known medical museum, which exhibits medical deformities, pathologies and medical anomalies, like the horned woman, the man with the giant colon, deformed fetuses and a plaster cast of the Siamese twins Chang and Eng Bunker, into a museum with a worldwide reputation. She put together a book of photographs from the museum’s collection of human oddities and outdated medical models and made several appearances on Late Night With David Letterman shocking him with such things as Victorian surgical tools and human hairballs. There was a serious message behind Worden’s sometimes madcap affect: that the human body is not to be feared or loathed, even when horrifically damaged or monstrously distorted. “While these bodies may be ugly,” she wrote in her book of the museum’s mute inhabitants, “there is a terrifying beauty in the spirits of those forced to endure these afflictions.”