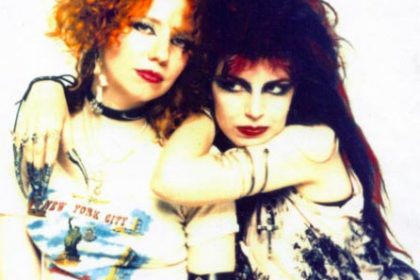 Sisters Tish and Snooky Bellomo are punk pioneers – they opened the first ever punk rock shop called Manic Panic on St Marks Place, NYC in 1977. Ramones, The New York Dolls, Blondie, Dead Boys, Patti Smith, Sid and Nancy were all fixtures at the store and on the scene. It was Manic Panic by day and CBGBs by night. Manic Panic sold clothes, whatever the sisters could find or make, and later makeup, accessories and finally hair dye for which they’re known worldwide. The sisters started out as backup singers for Blondie in 1975 and continue to sing backup (most recently for Patti Smith), as well as perform with their punk band the Sic F*cks. Theirs is the story of punk rock history and one not to be missed. 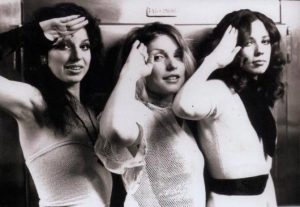 Tish and Snooky had many throwbacks, which you’ll hear in the episode – everyone from The Shangri-Las and The Exciters to their old friend, actress Cleo Rose.  But Debbie Harry, most famous for leading Blondie, probably taught them most about what they’ve built their grassroots empire on — makeup and hair. The sisters sang back up for Blondie in 1975 and they never looked back. Debbie Harry is one of the most influential singers of all time, with her musical know-how and mesmerizing aesthetics, she became a pop icon, influencing many female singers to come.