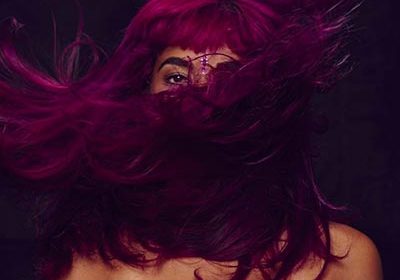 Divya is an award-winning taxidermist, animal lover and co-author of the book STUFFED ANIMALS. She is one of the female taxidermist spearheading the alt-taxidermy movement in Brooklyn, NY. She talks about starting out in taxidermy when it was populated with hunters and camo, her fascination with dead things when she was growing up in Miami, her passion for road kill recipes – she shares one for Woodchuck tacos on our Facebook page – and her Indian upbringing.

She has won awards in both traditional and alternative taxidermy competitions, including Second Place in the professional division at the World Taxidermy Championship 2017, Best in Show and Best in Category at the 2015 Garden State Taxidermists Show and Competition, and 2016 blue ribbons at the New England Association of Taxidermists. Divya teaches taxidermy classes nationally and internationally. She is a board member of the New England Association of Taxidermists and an NYC Audubon Volunteer. 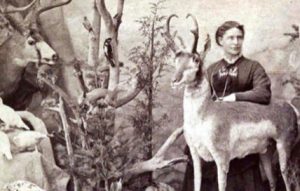 Martha Maxwell was an American naturalist, artist and taxidermist. She helped found modern taxidermy. Maxwell’s pioneering diorama displays are said to have influenced major figures in taxidermy history who entered the field later, such as William Temple Hornaday and Carl Akeley (the father of modern taxidermy). Maxwell was born in Pennsylvania in 1831. She was the first woman to exhibit at the World’s Fair – her exhibit was titled Woman’s Work.