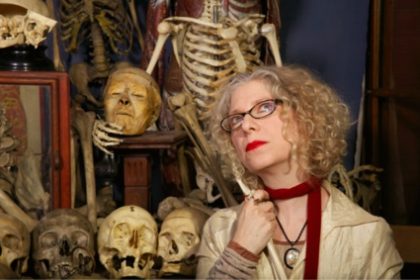 Star of the Science Channel’s show ODDITIES, Michelson is a collector, curator and co-owner of Obscura Antiques in NYC. In this episode she talks about being a reluctant TV star and a fixture at Comic Cons, her solitary childhood, why she surrounds herself with wax women, being a woman who came to popularity on TV in her mid-forties, her battles with breast cancer and more. 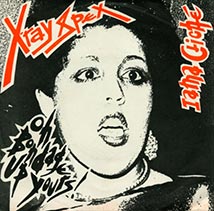 Styrene was the founder and lead singer of the punk band X-Ray Spex, Styrene is known as an archetype for modern-day feminist punk (Billboard Magazine), largely because she was bi-racial, wore dental braces, stood against the typical sex object female of 1970s rock star, and sported a gaudy Dayglo wardrobe. She was “one of the least conventional front-persons in rock history, male or female.” X-Ray Spex launched their debut single in 1977.

Evan met Styrene in London when she was a young woman handing out copies of her Goth fanzine. Styrene, by then, was a devout Hare Krishna and told Evan to go home and clean herself, get off the streets.