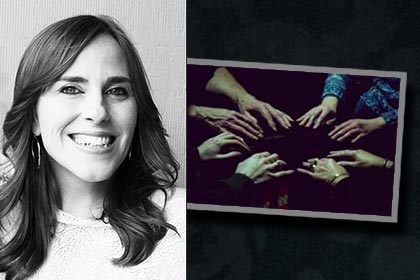 Taggart started photographing the mediums of Lily Dale in 2001, and for 16 years after has documented the séances and practices of modern Spiritualism. Taggart has curated museum exhibits on spiritualism and has photographed basement Voodoo temples for CNN and Time and her work has appeared in Newsweek. She is the author of the upcoming book Séance: Spiritualist Ritual and the Search for Ectoplasm. 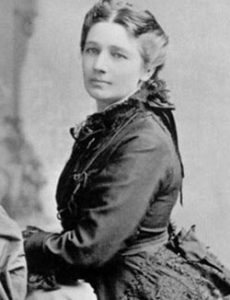 Victoria Woodhull was an American leader of the woman’s suffrage movement. In 1872, Woodhull ran for President of the United States. The only place women had a platform to speak in public was in the Spiritualist community. Leaders such as Victoria Woodhull and Susan B. Anthony were able to run for office and appeal to the public on such controversial matters as equal rights was because of Spiritualist communities namely, Lily Dale, NY. Woodhull made her first fortune as a magnetic healer and went on to make her second fortune with her sister as the first women to start a Wall Street firm.