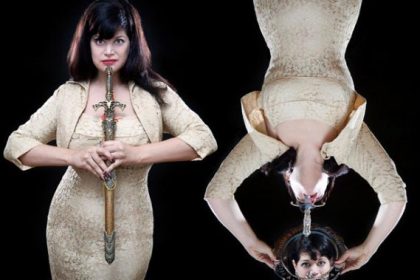 The premiere episode features the “Sweetheart of the Sideshow” Ilise S. Carter aka The Lady Aye. Carter talks frankly about why she invented a persona to get over stage fright, how swallowing swords helped her overcome bulimia, the difference between woman in the field and making a name for herself as a sword swallower, block head and fire-eater.

As an award-winning writer, Ilise S. Carter’s work has appeared in The New York Times, The AV Club, Bust, O Magazine and other outlets. As the Lady Aye, she is one of fewer than three dozen living female sword swallowers, who’s worked with everyone from Cirque de Soleil to Rob Zombie and has been called one of “the masters of modern sideshow,” by Sideshow World. 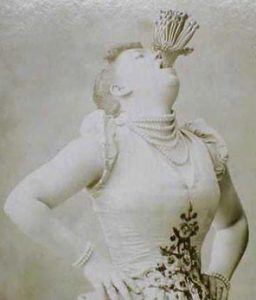 Clifford learned the art at the age of 13 and could swallow 24 swords simultaneously, razor blades, bayonets, and saws. When she was a veteran, Harry Houdini witnessed her act and was so impressed that he wrote about it in 1920 in his book “Miracle Mongers and their Methods”: “The sensation of her act was when the point of a bayonet 23 1/2 inches long and fastened to the breech of a cannon was placed in her mouth and the cannon discharged with the recoil driving the bayonet down her throat.”